Lampo is a male tabby cat (a kitten or cat) who is one of the main characters of the show 44 Cats.

Lampo is a small kitten who is a breed of Tabby. He has an orange coat, blue eyes and has markings on his body (notably a blue lightning bolt going down the right side of his face to his eye). He usually wears a green T-shirt with a yellow lightning bolt on it and a black baseball cap which he wears back-to-front. His appearance bears a striking resemblance to Talking Ginger from the Talking Friends, and he may have been based on or inspired by Ginger.

Lampo is of that of the typical child in behavior as he can be seen playing and goofing around with his friends and is child-like in behavior and personality. He is the lead singer of a band known as the “BuffyCats”. He can be full of himself at times and has even taken some things a little TOO far before. He also tends to act as a strict leader and thinks he can just do whatever he wants but knows that his friends are there to keep an eye on him.

His whiskers act as a compass, guiding him to where he needs to go or when they need to track down missing cats or objects. He is also very quick and agile, like what his character video said on YouTube.

The actress who plays Lampo also plays Tinkerbell from Peter Pan and Ash from Pokémon. 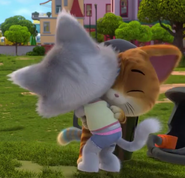 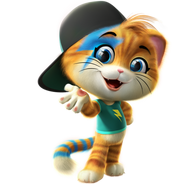 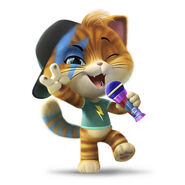 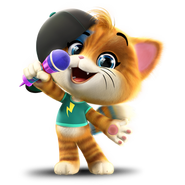 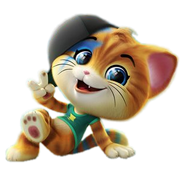 Add a photo to this gallery

Retrieved from "https://44cats.fandom.com/wiki/Lampo?oldid=1211"
Community content is available under CC-BY-SA unless otherwise noted.